TNWK’s work focussed on conversation and participation, to produce ‘portraits of value’ (exploring tensions between the societal, the communal and the political), using a diversity rather than a singularity of modes and media.

TNWK refreshed conventions around portraiture, in works that nod towards the eighteenth century conversation piece; small-scale group portraits of people sharing common activities. TNWK (an acronym drawn from early work made as Things Not Worth Keeping) re-located the portrait as documenting neighborhoods of the everyday, the intersections between people, things, places and specific moments in time.

The CD includes co-written songs, a “long-song” and some “cyber-punky” electronic pieces by Sianed Jones. 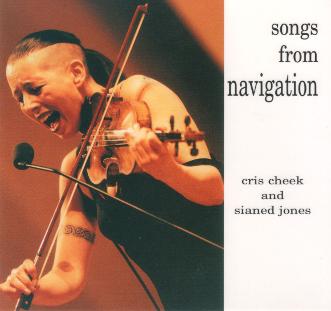 Slant – Hive was released in 1989 as These Records no. 5. Slant consisted of performance poet, cris cheek, multi-instrumentalist, vocalist, Sianed Jones, the turntables and radio of Philip Jeck, Julia Doyle on double bass and Frances Knight, keys and accordion, plus guests.

In 1981, cris co-founded Chisenhale Dance Space and for much of that decade worked on diverse projects alongside musicians from the London Musicians Collective, choreographers and live artists.

jgjgjgjgjgjgjgjgjgjjgjgjgjg (as long as you can say it that’s our name) was Cris Cheek, Clive Fencott and Lawrence Upton.

jgjgjgjgjgjgjgjgjg formed at the London Sound Poetry Festival in June 1976. After its performance at Kings College London in March 1978, jgjgjgjgjg disbanded and did not perform again.